Up-and-comer Lilikoi (NZ) (Charm Spirit) emerged as a major contender for the New Zealand Bloodstock Filly of the Year Series with a brilliant win in Saturday’s $70,000 Group 3 LawnMaster Eulogy Stakes (1600m) at Awapuni.

Making just the sixth start of her career and her first at stakes level, the Jamie Richards-trained Lilikoi settled in a midfield position for jockey Rosie Myers.

She changed gears stylishly in the straight, surging to the lead and powering ahead to win by a length and three-quarters.

Bred and raced by Sir Peter Vela, the principal of Pencarrow Stud and New Zealand Bloodstock, Lilikoi has now collected two wins, two placings and $54,375 in stakes in her short career to date.

“It was fantastic to see her win like that for Sir Peter, and the result of a plan we put together after she won her maiden race at Taupo back in September,” Richards told NZ Racing Desk.

“This race is a leg of the New Zealand Bloodstock Filly of the Year series, which is an ideal series to target as it lets the fillies compete against their own sex in some very nice races.

“It’s good to see a plan come together. It was a lovely ride and she (Myers) had her in the right spot to attack at the right time. 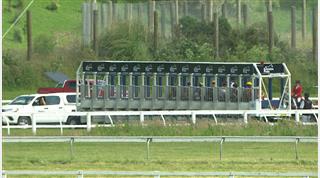 “This is a filly with a lovely turn of foot, who looks like she will be suited as she gets up over a trip. We won’t be making any decisions about where she goes next until she has had some time to get over this one, but she does hold a nomination for the New Zealand Oaks (2400m), so that will be in our thinking going forward.”

The $400,000 Group 1 Al Basti Equiworld Dubai New Zealand Oaks is the final leg of the Filly of the Year Series and will be held at Trentham on March 14.

Before then, the Series features another six Group races, which will be staged across Ellerslie, Trentham, Te Rapa and Hastings.

Loire (NZ) (Redoute’s Choice) remains at the top of the table with 13.5 points, while Jennifer Eccles (NZ) (Rip Van Winkle) is second with 7 points.

View the updated leader board here.